Optical Flares will be available January 25th 2010.
Set your calculator-watch! 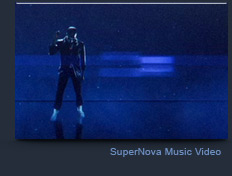 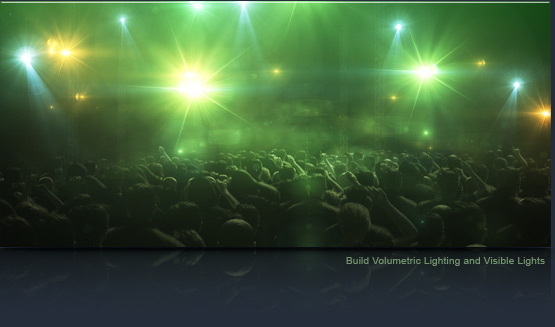 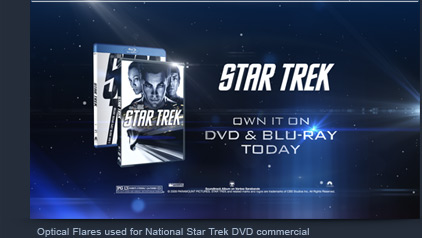 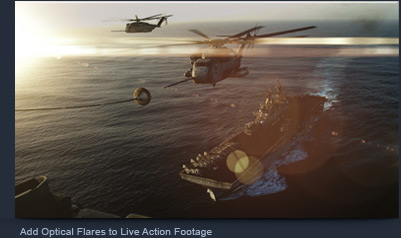 Also, each object can be saved and combined with your other lens flare presets.

ADVANCED FEATURES
The most powerful Lens Flare tool in the world!

REAL TEXTURES
Add realism with lens artifacts from actual photographic elements to create the most genuine lens flares ever seen!
• Over 25 built-in textures to choose from
• Use custom layers from your project in a flare
• Auto-rotate textures towards light for realistic movement
• Custom layers can be still or animated
WATCH DEMO

On-Lens Simulations
Simulate dust & scratches on your lens that becomes visible by the light source. Includes 12 HD lens textures or use your own.

3D Occlusion
Obscure layers by alpha or luminance to simulate the light source going behind objects in the foreground. Works with 2D & 3D layers!

Luminance Tracking
Generate a lens flare from bright spots in your video such as a particle system or matte layer. Control resolution and threshold.

Mask Positioning
Animate lens flares along the contour of complex shapes with ease. Great for detailed shapes that would require extra key framing.

Auto-Shimmering
Add smooth flowing shimmer to elements with self-propelling animation. Simply set the amount and speed of the animation. -No Keyframes!

Precise Translating
Control the position of each object with distance, offset and custom translation. These features are essentials to building anamorphic elements.
ADVANCED TUTORIALS
Learn Optical Flare with fun projects
Light up the Night!
Optical Flares includes over 90 minutes of After Effects training by Andrew Kramer.

The tutorial include building a wall of lights, constructing a bright concert scene and tutorials that teach you how to combine Optical Flares with live action footage.

Tutorials include footage and images required to complete the lessons with After Effects.
CREATIVE PRESETS
The Creative Lens Flare Studio
Visual Preset Browser
Load Presets with 1-click and try out many looks for your project. You can add to or remove elements to get the perfect look. Experimentation is encouraged!

Optical Flares is designed to provide instant visual feedback when editing a lens flare and when loading presets. You can even combine multiple presets to create the ultimate Lens Flare that would be so bright that it would have a lens flare too!
Organize and Manage
Make as many lens flare presets as you want and easily save and organize them into sub-folders for quick retrieval.

*Mac OSX 10.6+ required for OF Version 1.3.3 minimum of CS3
Video Card GPU Support (optional):
Optical Flares does not require a special graphics card to render but you can increase render performance with better cards.

NOTE: Other graphics cards may be supported but speed improvements may not be as great. GPU Compatibility may vary on Mac converted Nvidia Cards, since updated drivers are not available from Nvidia.

The product may be installed on 1 workstation and 1 personal system such as a laptop or home computer. This applies only if the systems are used by the same person and not multiple users. Please read our License Agreement for more information.

We use cookies to provide you with a better service. Learn More.
I UNDERSTAND
QUICK CART
✕